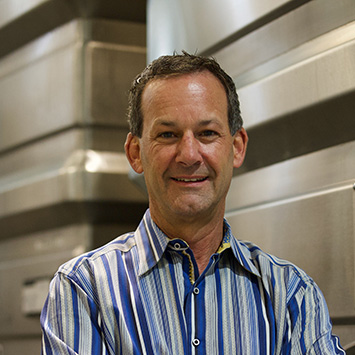 Having grown up on a family farm in Western New York, Russ didn’t think he wanted to be a farmer but in the farming business. “While in College, I met the CFO of Welch’s Grape Juice and thought he had a really cool job. I asked him what path he followed to obtain this role and decided to follow that and quickly changed my major.” After becoming a CPA, Russ moved to CA and began his career in the wine industry and has held roles in such areas as management, finance, accounting, sales and production operations. His experience in strategy development including acquiring and selling wineries and vineyards were gained most recently as Vice President of California for Washington-based Ste. Michelle Wine Estates where he ran Stag’s Leap Wine Cellars, Patz & Hall and Conn Creek wineries. Prior to that he was President and General Manager of Patz & Hall, which culminated in the successful sale to Ste. Michelle. “To be in luxury agriculture located in one of most beautiful areas in world is a dream. Joining Napa Wine Company fits perfectly for me; tying family-farming to winemaking and to marketing and selling the end product; these delicious wines.” To let loose, Russ plays drums for a Napa-based cover-tunes band called The Fabulous Screwtops.